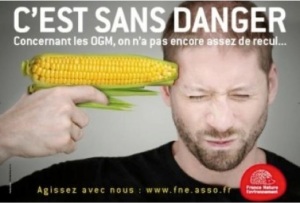 I knew the battle over prop 37 would be heated, tough, and ugly. But I was not expecting biotech companies and food manufacturers to stoop as low as they have and spend a million dollars a day doing so. We’ve all heard the saying, “money talks.” In the case against prop 37, money not only talks, it also lies. Here is the truth about the false claims and inaccuracies surrounding prop 37.

Claim: It will increase the cost of food by “$400 dollars per year for a typical family.”

Claim: It is “full of special interest loopholes and exemptions.”

Additionally, Dr. Henry I. Miller, who is featured in the commercial about exemptions, does not work at Stanford University. Rather, he is a fellow at the Hoover Institution, which sits on the Stanford campus, but is not a part of the university. Dr. Miller is a long-time front man for big tobacco and big oil, has called for the reintroduction of DDT, and even stated that the people around the Fukushima nuclear power plant disaster “may have benefited from it.” The bottom line is he has zero credibility.

Actually, it was written to provide no economic incentives for lawyers to sue. Prop 37 does not give any penalties from labeling violations to consumers or lawyers, unlike prop 65, which gives 25 percent of civil damages to the plaintiff. The person legally responsible for putting the label on a food item is the manufacturer, not the farmer and not the grocery store owner. For more information, see here.

In fact, there are a lot of unknowns about the safety of genetically engineered foods. There are some animal studies with negative findings. Both the World Health Organization and the American Medical Association state that GMOs should undergo mandatory safety testing. Even the 2012 American Cancer Societies Guidelines on Nutrition and Physical Activity says, “…long-term health effects are unknown.” Until we know more, shouldn’t they be labeled? For more information, see here.

Remember who is behind the “no on 37” campaign. It is basically the companies that create genetically modified seeds, pesticides, and processed foods. This includes Monsanto, Pepsi, Dow, Coca-Cola and Kellogg’s to name a few. Monsanto, one of the largest creators of genetically engineered seeds, also told us that DDT and Agent Orange were safe. Can we really trust what these companies say about prop 37? If you follow the money, you will see that that the biggest contributor to the “no on 37” campaign is Monsanto. Remember that when you see the negative ads on TV, such as this one, with “major funding from Monsanto.”

In addition, most of the newspapers that say “no on 37” are owned by the same company called MediaNews. Alden Global Capital, a hedge fund firm, has a large stake in the company. Alden’s parent company is Smith Management LLC, a privately owned investment manager. It sounds like their interest is Monsanto and other traded companies and not our right to know what’s in our food! See here for more information.

Over 50 countries around the world label genetically engineered foods. Some have banned them. The only reason they aren’t labeled in the U.S. is that companies that make genetically modified seeds, chemicals, and junk food don’t want you to know what you are eating. Prop 37 would put an end to that, but we need your help. Please vote YES on prop 37! We can win against these big corporations. While we don’t have a lot of money, we do have the power of the people. That means you! Please do what you can to get the correct information out and share this article with everyone you know in California. Thank you!

For more information, go to http://www.CaRightToKnow.org

Acai berries, coconut water, pomegranates, kale, noni juice, there is always some food that is in the spotlight. Sometimes they are worthy of the attention and sometimes not. There are many “super” foods that should be trendy but aren’t. Here are five that are worth adding to your diet. 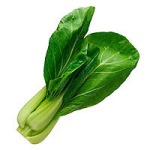 Bok choy is one of my favorite vegetables. For a leafy green and a cruciferous vegetable, it has a surprisingly mild flavor. It’s low in calories; 1 cup has only 9 calories. It contains thiocyanates, indole-3-carbinol, lutein, zeaxanthin, sulforaphane and isothiocyanates; all of which help to decrease your risk of cancer. And it is a good source of vitamin C and beta carotene. As I mentioned in my post about calcium supplements, it’s a great source of calcium that’s easy for your body to absorb.  Just 1¼ cups is equivalent to one glass of milk. It’s tasty, versatile, and healthy. Why isn’t everyone talking about it?

Parsnips are a great substitute for the potato. They are high in fiber, and have a low glycemic index (which means they don’t make your blood sugar go up quickly). They are also a good source of vitamins C, K, and folic acid. And they are really delicious. Try roasting them with rosemary, garlic, and a little olive oil at 395° until tender, about 20 minutes. You can also add them to soups and stews.

Barley contains eight of the essential amino acids, lots of fiber, and a host of vitamins and mineral including niacin, B vitamins, vitamin E, and selenium.  A recent study found that eating whole-grain barley can help keep blood sugar low after a meal compared to white rice or even whole-grain products. Barley also helps lower cholesterol. You can use it in soups, stews, in place of rice with a meal, or even as a breakfast cereal. Make sure to buy hulled or dehulled barley which is the whole-grain version and avoid pearl barley which has most of the fiber and nutrients removed.

I think beans are fantastic. They are high in both water-soluble and water-insoluble fiber. They help to lower cholesterol, cheaply and healthfully get rid of constipation, and make you feel full and therefore eat less. And their vibrant color means they are packed with health-promoting antioxidants and other phytochemicals. They are a great protein source and a good source of folic acid and iron.  Try pinto, black, garbanzo, kidney, navy, or great northern white beans. If you get canned beans, look for “low sodium” on the package or rinse the beans to get rid of some salt. Also check out the canned beans at Trader Joe’s where you get a good price on organic beans and their cans don’t have BPA (Bisphenol A), a compound that can mimic estrogen and may be associated with health problems.

Onions contain flavonoids and allyl sulfides, both of which may help lower the risk of cancer and heart disease for people who eat a lot of them. Thankfully, that is easy to do since onions can add flavor and interest to an otherwise boring meal. Try adding a small amount of fresh red onion to salads and sandwiches. You can also caramelize onions by cooking them slowly on the stove using medium heat with a small amount of extra virgin olive oil. Caramelized onions are sweeter and can be added to foods such as vegetables or beans.  You can also chop an onion, bake it, and add an oil-free version to your foods.

Why isn’t everyone talking about these foods? How about trying one or more today? And don’t forget to buy organic!

Several times a month, I post thoughts and research on diet and health. My hope is that you will use the information and tips to make changes in your diet that will improve or perhaps even transform your health.